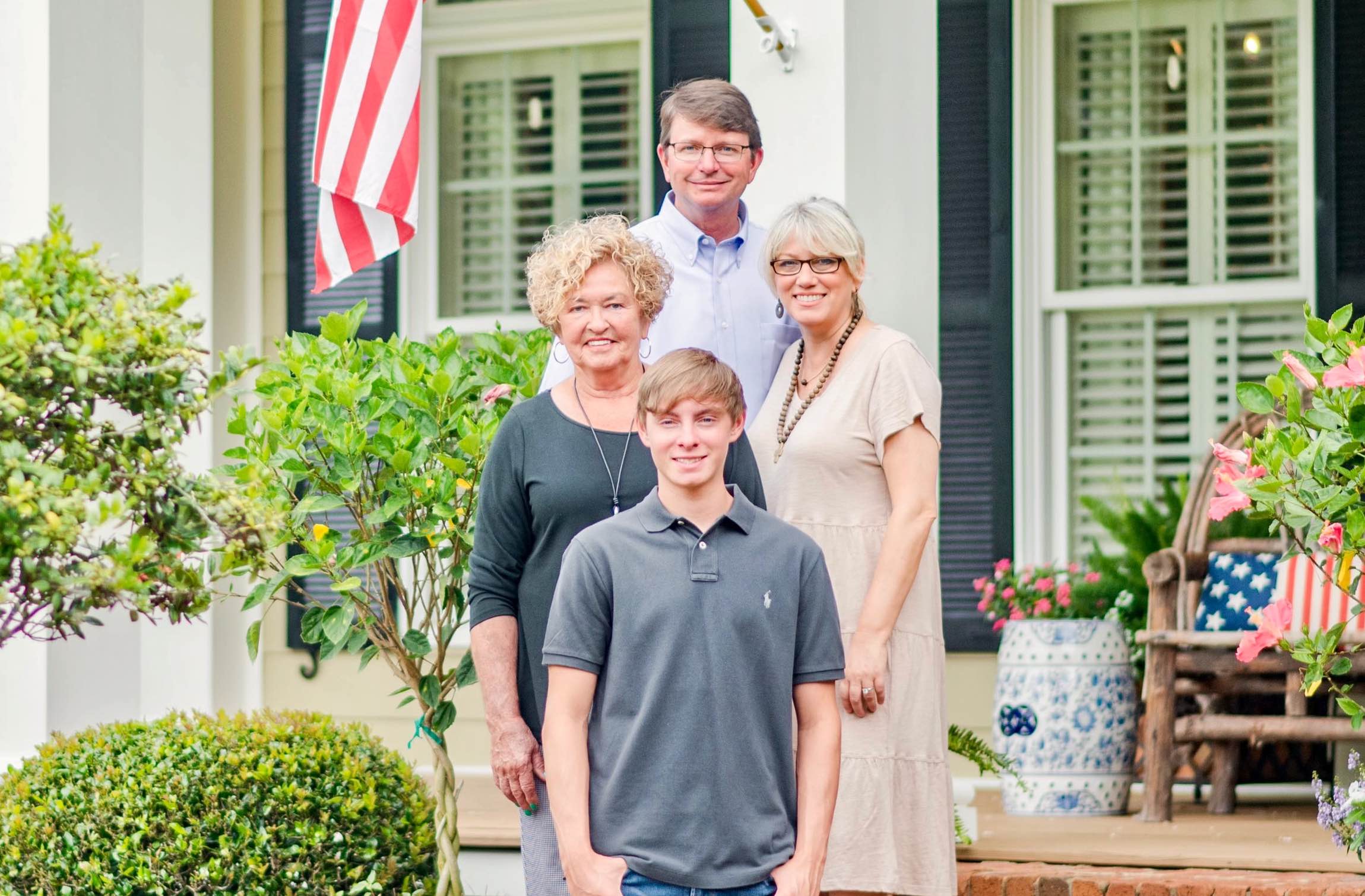 Mark’s family has deep roots in Houston County. His paternal grandparents, Robert and Christine, moved here from Taylor County in 1941 for his grandfather to work at the Wellston Air Depot at Robins Field, now known as Robins Air Force Base. Mark’s father, Steve, was born and raised in Houston County, and graduated from Warner Robins High School in 1962. After attending Middle Georgia College and graduating from Georgia Southern College, Steve met and married Mark’s mother, Betty, originally from Fulton County and a Registered Nurse, and they returned to Houston County. During his life, Steve served in the U.S. Army, is a successful local businessman, and served in various community leadership roles. When Mark was born, Betty retired from her nursing career to stay at home and care for their family. Betty resides in Warner Robins today and is active as a Member of Centerville First United Methodist Church, as a Master Gardener, and as a grandmother (BeBe).

Mark and his wife, Amy, originally from Lee County, Georgia, celebrated their 25th wedding anniversary in 2020. Amy is accomplished in her career as an early childhood educator and reading specialist, having taught school in Houston County at C.B Watson, Bonaire Middle, and Centerville Elementary schools. When Mark and Amy’s only child, Parker, was born, Amy made the decision to leave her career to stay home and care for their family. Both Mark and Parker are extremely thankful for Amy’s contributions to their family. Parker is a recent 2020 graduate from Veterans High School and is a freshman at the University of Georgia. With their son now in Athens, Mark and Amy are currently trying to adjust to life as new empty nesters.

Stay Up To Date!

With all the “noise” in the world today, it can be easy to lose sight of the positive things going on in our community.  We have a stable local economy that is home to a world class military installation, Robins Air Force Base.  In addition to RAFB, Houston County has enjoyed significant economic investment and job creation from existing industry, new industry, and the small business community over recent years.

Houston County is home to a high achieving public school system and multiple secondary educational opportunities that offer our citizens an opportunity for personal and professional advancement, and provide our community with an educated and skilled workforce.  Our community also enjoys an affordable cost of living and a high quality of life, which makes Houston County a great place to raise a family.

I am extremely proud of our county and look forward to building on this foundation of success.  I am confident that with your support, together, we can continue to shape the future of Houston County.